Avoiding That Message You Hate 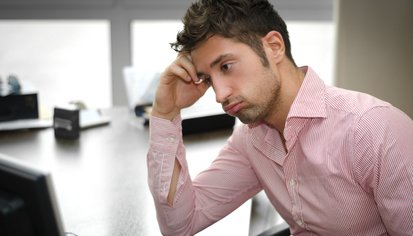 In this month’s issue of our newsletter, we have attached an article by LinkedIn Contributor Jeff Altman, discussing the trend of job offers being turned down due to favorable counteroffers, and how HR professionals and hiring managers can avoid the counteroffer trap.  Read article below:

“I’m Taking Another Offer:” Avoiding That Message You Hate

In 1972, I started working for an employment agency. It was my first job out of college and I was paid $125 per week to find programmers for the agency’s clients.

Salaries sound low by today’s standards—a programmer who had two years of experience with the hit technology of the time (COBOL in an OS environment) earned $12000; if he had a degree (in 1972, it was almost always a “he”), he earned $12500.

It sure seems like salaries have gone up since those days and, in some respects they have. Salaries are a lot higher than then. Yet, accounting for inflation and higher levels of skills required, salaries in most fields have declined. Even in actual dollars, salaries in most fields haven’t changed in almost 15 years. Companies that were paying $90000 in salary to fill a position in 1998 are paying the same salary today as then. Is it any wonder that job hunters are finding little difference in jobs and deciding to stay where they are?

Oh, you say that you offer a better career path than the current employer. Job hunters have heard enough stories about career paths winding up being non-existent to learn to disregard them. Even when they exist, the promise can end when the manager who made it decides to change jobs.

So, how do you attract and retain talent?

Offering a person earning $78000 a $2000 raise or a $200000 person a $5000 raise normally will not secure the new employee . . . without a lot of talking to, promises and other phony baloney. Even if they do join, the new hire will be susceptible to the siren call of the next inMail, online ad they read or next call they receive from their old friend, the recruiter.

What can you do?

Improve salary scales across the board in your new budget. Without starting with your existing staff you are inviting them to be poached by others.

Some years ago, a large New York employer faced with losing large numbers of their staff in a hot technology, increased salaries by 40%, effectively pricing their people out of the job market. In ensuing years, the staff received very modest increases but couldn’t leave because they were priced out of the market.

Five years later, as the technology started to become less important and more commoditized, their salaries were now in line with the market and they could afford to lose people and did. With that first wage increase, they bought staff stability in a critical area at a critical juncture.

Isn’t that better than replacing 15 – 25% of your staff every year?

By: Jeff Altman, The Big Game Hunter has been a recruiter for more than 40 years.