Think Before Making That Next Introduction 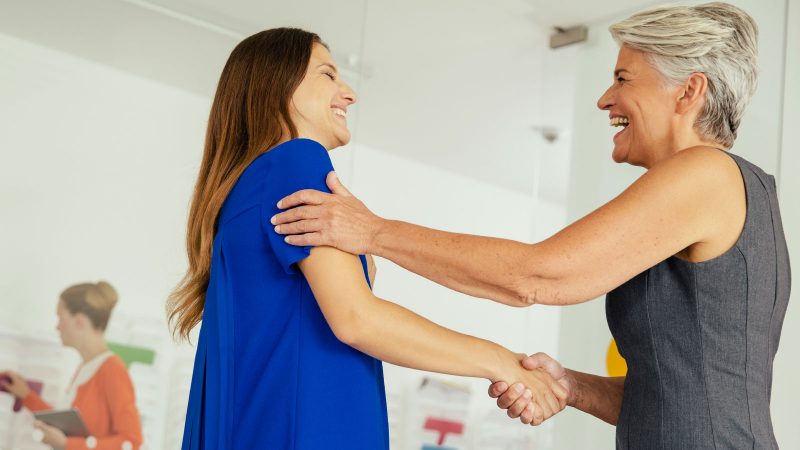 Think Before Making That Next Introduction

For some people making connections is second nature. You know someone fantastic and want to introduce them to someone equally amazing in the hopes you’ll all benefit and live happily ever after. Only it doesn’t always work out that way.

As a natural connector, I’m constantly introducing people one-on-one or in group settings. And when I created and launched a networking venture for a former NYC mayor’s office of economic development, I was a bit starry eyed and overly optimistic, envisioning only positive experiences. I was wrong. Very, very wrong.

People may seem amazing on their resumes or LinkedIn profiles, while they’re not always that way in real life. And while someone may claim to have a very particular set of skills acquired over a very long career, that may only be half of the story. And if their people skills or professional skills don’t mesh somehow, and they ultimately disappoint or antagonize the very people you’d hoped they’d impress, that could ultimately be a nightmare for people like you. Because when you make an introduction, it isn’t only their name or reputation at risk – it’s yours as well.

Natasha Walsh, a former communications director for a member of Congress, political consultant, news producer and writer has moved and traveled a lot over the years and works hard at keeping her network active and connected “I’m picky about who I choose to connect–I do it for people I trust and know well individually–and I believe it creates an added value to my professional and personal relationships.”

Here are some things to consider before making that next connection:

Why are you introducing these people? Is it a whim or is there a reason that you think these individuals should connect? If you haven’t really thought it through, or simply hope to gain immediate brownie points with the boss, I’d suggest holding off until you’ve had time to think things through and understand what, if anything, you hope to gain or accomplish.

Walsh said her inclinations to connect people was born of her desire to “make a connection, make some magic–it’s almost like matchmaking!” Walsh shared a positive introduction: “A recent example is introducing a woman who is very active on a specific bill that she wanted a state legislature to pass but had no background in politics to a very good friend of mine who is a political consultant and former chief of staff to a member of congress. Although politically they are on opposite sides of the aisle, he was happy to help her with tactics and resources, and she ended up shepherding the bill to passage!”

What do you hope will happen? Do you hope they’ll kick it off and become the next Larry Page and Sergey Brin? And if that does in fact happen, where does it leave you? Before you connect two people professionally, think very hard about what you hope will happen. And if it’s a potential business partnership, find some way to make it clear that if they do move ahead and make squillions of dollars together, you’d appreciate a matchmaker’s fee. It isn’t greedy, it’s just good business.

I once met a woman who had everyone she met professionally fill out a form saying that if they ultimately worked together as a result of her introductions or machinations, they’d collectively pay her 5% of any monies raised or earned. It was a gutsy plan, but she explained to me that she spent a lifetime cultivating people and relationships, and if she went ahead and made an introduction, chances were excellent that it would pay off for the parties involved.

3. An Even Playing Field

It’s important to pay attention to some of the factors that define the people you plan to introduce before introducing them. After all, at this point you’re the only one who has information on both parties. And while even Googling them will provide some information, as the conduit, you’re the one with a deeper knowledge of each.

“Typically when I introduce someone it’s because they have a common goal or interests but are unaware of each other’s position,” Walsh said. If someone specifically asks Walsh for a referral or introduction, “I’m more prone to contact the target individually and either gauge interest, if any, or forward documents that way.” She added, “It’s not because I’m stingy, but typically when the desire is one-sided I let the target reach out on their own time and desire, but I’ll usually give background on who the person asking is and whether or not I’ve seen him or her in a professional setting.”

4. A Cultural Connection or Shared Outlook

While it seems like a no-brainer to want to connect like-minded businesses or people in similar careers, it’s important to understand not just their personal preferences, but their business culture and ethos.

Some years back I partnered with a (now) former friend on launching an international business networking club. It was small, it was intimate, it was carefully thought out and each event and applicant very carefully vetted. Cocktail events seemed like a natural progression from group lunches and dinners. Only the thing I missed at the time was that my former friend and partner was using each event as an alcohol-fueled potential dating pool, while I was hard at work trying to create experiences and events that would enhance people’s working lives. Needless to say, it didn’t work, with the final straw being him showing up tipsy to a small corporate dinner and then leaving mid-conversation in pursuit of the next fun thing. While heavy social drinking was more acceptable in his part of the world, when he was in NYC his actions reflected badly on me, and ultimately our partner corporations and investors.

Incidentally, connecting people doesn’t always have to be about love or career.

Jonathan Levitt, Sales Manager at InsideTracker regularly connects people “unprompted when I think two people would enjoy connecting.” He also said “I have a pretty large network and I like to use it to help other people make connections as well.” Levitt is also part of November Project, a free fitness initiative, that according to Levitt “is inspiring people worldwide to get fit and be more accountable in life. I’ve seen some major successes and positive changes from people who have showed up for the first time, and I want more people to be able to be able to experience that!”

Wondering how to go about introducing people? Walsh shared her formula for a successful introductory note:

“Typically I’ll give both people a private heads up that I’m connecting them with a short email or text and then I’ll write an email that follows a specific structure: Subject: Introducing John and Mary, then I’ll address the first person (Hi John!) and write one paragraph giving background on how I know the other person, a personal tidbit, and finally what they’re doing professionally that intersects with the second person. Then I’ll address the second person (Hi Mary, meet John!) and give a similar spiel. Finally I’ll summarize why they should know each other and give the imperative to reach out. I think this approach breaks the ice between the two with levity and gives them an opening that’s not entirely professional because I’ve described them each as humans rather than with their job titles.”