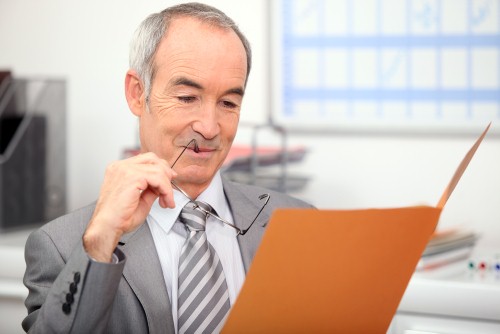 Here’s What Hiring Managers Really Want To Know When They Ask, ‘Why are you leaving your current job?’

By: Jacqueline Smith on www.businessinsider.com

If you’re on a job interview, there’s a pretty good chance the hiring manager will ask: “So, why are you leaving your current job?”

This may seem like an easy question. You probably have 100 reasons for wanting to pursue a new role — and can easily defend each one. But career expert Lynn Taylor says your response to this query can be an absolute deal breaker.

“This question, or any variation of it, is extremely challenging because it naturally puts you on the defensive,” says Taylor, author of “Tame Your Terrible Office Tyrant: How to Manage Childish Boss Behavior and Thrive in Your Job.” “It’s one of the most difficult and critical queries you can possibly be asked during the interview process because it reveals so much about you.”

It’s also a tricky question because a terse or canned response will likely leave the interviewer waiting for some elaboration. “If you refuse to explain further, that in itself will be a red flag,” Taylor explains.

She says this query may open up a can of worms. “It can easily take you down a slippery path of describing a difficult work environment or boss, demanding workload, dull assignments, or other, similar frustrations.” And while any of those reasons may be a factor for you, they won’t help your cause. “You’ll need to take a diplomatic, professional, and forward looking approach,” she says.

Here’s what hiring managers want to hear when they ask this question:

If you get along well with others

Employers want to be sure that you’re not leaving because you have difficulty working as part of a team, or can’t take directions, Taylor says. “They will glean this from your answer if you say anything negative about the personality of your boss or coworkers, even if true.”

It’s understood that common etiquette is not to burn bridges or disparage your employer. “Your new boss wants to be assured that you’ll be easy to get along with, upbeat, and motivational around coworkers.”

Whether you’re aware of which atmospheres you thrive in

“You would be better served to describe the atmosphere in which you would thrive most, and explain that you think your current employer doesn’t necessarily provide that type of environment,” Taylor says. For example, you can say: “I am looking for a challenging environment where my skills could be put to the best use, and where there’s a strong team approach. I feel I have a lot to contribute that could be better tapped.”

If you’re high or low maintenance

Most managers are looking to minimize any corporate drama, so if you can explain how you’ve been a self-starter and seek an innovative environment where you can deliver significant results, you’ll likely enhance your chances, she says. “If you’re leaving your job because of ‘a lack of visibility by your boss,’ for example, many will assume that you require a lot of recognition or management time.”

Like most tricky interview questions, it’s how professional you are in your response that carries the most weight. “It may be true that you feel unnoticed in your current position, but a more positive alternative is to explain that you’re looking for an opportunity where you can make a difference, working alongside a dedicated team with common goals.”

Whether you speak poorly of your employer

Remember you’re talking to one employer about another employer. While they may be sympathetic to your needs, they’re always aware of the probable management perspective. “If you blame your current employer for your dissatisfaction, it’ll send up a red flag, as the hiring manager will assume you wouldn’t be discreet about them, either,” Taylor says.

How excited you are to work for them

No manager wants you to drone on about why you’re leaving your job. Have a thoughtful, concise answer, but don’t ramble. “The interviewer is hoping that you’re looking to the future…and to a future with them,” she says. “They are hoping that you can outline and help them envision a mutually beneficial partnership; so focus on tomorrow, not yesterday.”

Whether you want to advance your career

Most employers admire those who want to get ahead, particularly if their resumes show a consistent pattern of growth. “Interviewers are most sympathetic to job seekers who want to make more of a contribution; help build departments or companies; and take on more responsibility,” Taylor explains. It can be a double-edged sword to suggest that you’re looking for a “new” challenge, unless you explain that you want “more” of a challenge. Otherwise, it could be taken that you easily get bored.

If you have the requisite skills

Hiring managers want be assured that you have the skills to perform well on the job. “They want to feel that you’re moving forward, versus having been in over your head and now trying to recoup your losses,” says Taylor. One of their deepest fears is that you’re about to be terminated.

They can’t easily check on your performance since you’re still employed, so their best strategy is to ascertain how you view the work itself, she says. “If the job you’re applying for is similar to your current or previous jobs, and you intimate that the challenges or volume of work were unanticipated, it may be assumed that you lacked determination or a strong work ethic.”

Think of your looming departure as something that developed into a mismatch. “It was likely a great job for a period of time, until certain events occurred or didn’t occur,” she says. The more you take the high road, the more professional you will appear to your prospective new boss. In addition, if all you have to say is negative comments, it raises questions about your own judgment: why have you stayed at the company for as long as you did?

Hiring managers are often looking for a reason not to hire you, since they’re typically bombarded with resumes. You don’t want to help make the process of elimination easy — so think about being on the other side of the desk. “Would you hire you, based on your response to this question?” Taylor asks. “Make sure you help guide your interviewer into thinking about your next big contribution, which should be to them,” she concludes.